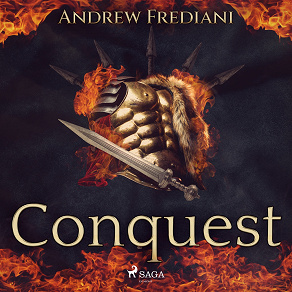 by Andrew Frediani
The final, gripping, instalment in The Invincibles series.

Octavian has revenged Caesar's name, and defeated the pirate Sextus Pompeius, but now he must ensure his complete rule of Rome.

He feels the potential of betrayal around every corner: from his wife Livia, to his best friends and allies Maecenas and Agrippa. He needs heirs, and he needs security, but he has the shadow of Mark Anthony breathing down his neck from Egypt.

Will Octavian succeed in this, the definitive duel for the Empire of Rome, or will he destroy everything he's achieved in the process?

Andrew Frediani is an Italian author and academic. He has published several non-fiction books as well as historical novels including the 'Invincible' series and the 'Dictator' trilogy. His works have been translated into five languages.
Listen to sample
Log in to borrow